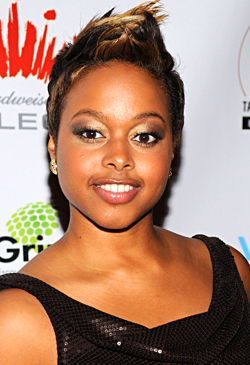 “I heard the song that Ne-Yo had written titled ‘Epiphany,’ and the word just stood out to me,” Michele tells Billboard.com. “It stood out to me because I’d been through a lot in my last relationship, and the word ‘epiphany’ exemplified exactly what happened in the end when I realized I didn’t have to put myself through it anymore.”

Michele is referring to the lawsuit she filed against her former manager, Douglas “Biggs” Ellison, accusing him of embezzlement and harassment last year. Ellison has countersued for breach of exclusive management agreement. The lawsuit is still pending.

One thought on “Chrisette Michele will release new album”