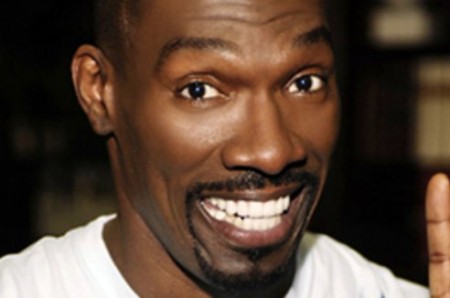 Comedian Charlie Murphy has taken a winding road to stardom. He is a successful screenwriter, with movies such as “Norbit” and “Vampire in Brooklyn,” which he co-wrote with younger brother, Eddie, who also played the lead role, under his belt.

But it wasn’t until his breakout performance on the Comedy Central sketch comedy series, “The Chappelle Show,” detailing his adventures with singers such as Rick James and Prince, that he became known as more than Eddie Murphy’s older brother.

Murphy met comedian Dave Chappelle while visiting the office of Chappelle’s business manager, and they found that they both admired each other’s work.

“We started talking and it was like we knew each other already,” said Murphy, who appears through Sunday at the UP Comedy Club. “Dave admired my work and some of the movies I’ve been in. He was a big fan of the movie ‘CB4,’ and I was a big fan of ‘Half-Baked.’ He called me when I got home and said we are starting this show and we have this role we think you’d be good at.

“That was the role of ‘Tyree of the Mad Real World’ and that was the first sketch we did on the show,” Murphy said. “When it aired, it was a great response, which prompted them to keep using me.”

Though the show became the No. 1 selling DVD in history, the roles didn’t start pouring in. “OK, I was famous and usually famous people get used in TV and movies,” Murphy said. “When I wasn’t famous, that is when I did the bulk of my movies. Once I became famous I was like ‘OK, where are the movies?’ ”

Murphy said he is not bitter about it because God led him on different path: stand-up comedy.

“I’ve had tremendous success as a live act,” he said. “I started doing something I’ve never done before.”

Murphy thinks he often hasn’t been given credit for his own accomplishments because he was compared to his famous brother. “Whatever I did was always held up against Eddie,” he said. “But it is all good because of stand-up.”

Stand-up comedy allowed Mur­phy to shine without any comparisons to his sibling, said the performer, who also has co-starred in movies such as “Jungle Fever,” “Our Family Wedding,” and “A Night at the Museum.”

For the past 11 years, Murphy has been performing comedy and has been a headline act for nine years.

“I got in the game really late,” he said. “They had a big head start and I am catching up really fast. I’ve been to every state in the union performing, except Montana and the Dakotas.”

Lawrence in particular gave him some advice that helped him hone his craft. “I was real green,” Murphy said. “I’d only been doing stand-up for a year and he told me that you have to address the audience, who is expecting you to play around with them a little bit, before you begin your show.”

For the last year, he has been on the road with “The Acid Trip Tour,” which has taken him to Iceland, Denmark, England, Australia and Canada. “We’ve sold out and had standing ovations.”