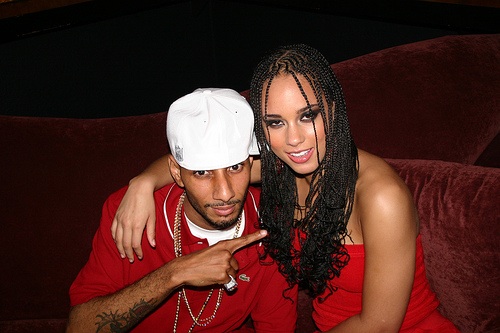 Rumors have been swirling and now its been confirmed.  Alicia Keys is engaged to producer Swizz Beatz and they are expecting a baby. Swizz Beats (real name: Kasseem Dean) recently finalized his divorce from R&B singer Mashonda.  This will be the first child for Keys and the third for her fiance, who has two sons, Kasseem Jr., 3, and Prince from previous relationships.

The singer and producer “are expecting a baby and are engaged to be married in a private ceremony later this year,” reps for the couple told People.