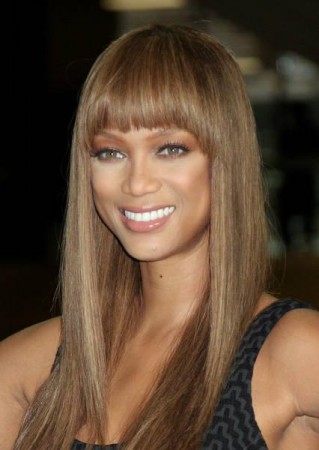 First Oprah, now Tyra Banks.  The former supermodel is ending her talk show, “The Tyra Show,” in spring 2010.  After five seasons, Banks said she wants to focus on producing films.

“There’s a lot cooking right now and a lot of fire burning in my heart,” Banks writes in an open letter on her web site, tyra.com. “And I salute you my amazing family of viewers; without you there never would have been a Tyra Show. I really love you all.”

Banks will return to television in February with the 14th season of “America’s Next Top Model.”

One thought on “Tyra Banks to end talk show”