For the second time, an interracial couple in Great Britain gave birth to a set of Black and White twins.  Doctors said it is an extremely rare for this to occur once, not alone twice.

“I was blown away as the rest of them, you know,” father Dean Durrant told WPEC. “There’s no easy way to explain it all. I feel like I’m still in shocked myself, even though the first ones were seven years ago. It’s amazing but we love them just the same.” 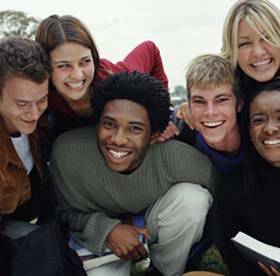 African American college students who live with a white roommate have better grades, according to a study by Ohio State University and Virginia Commonwealth University.  The research, which studied African-American freshmen, also stated that it also helped them to adjust to a new environment.